Congratulations and thanks to the Fred T. Korematsu Center for Law and Equality (Seattle University School of Law) for its recent conference commemorating the 25th anniversary of the Ninth Circuit’s opinion in Hirabayashi  v. United States.  We are proud to have been a  Silver Level Sponsor of that event. 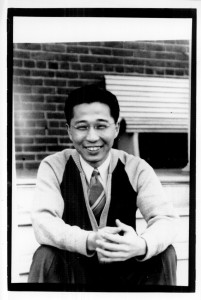 In 1942, Gordon Hirabayashi (then a student at the University of Washington) defied the evacuation order and military curfew imposed on all persons of Japanese ancestry – citizen and noncitizen alike – living along the West Coast during World War II.  Hirabayashi went to the FBI office in Seattle and read a typed four-page statement he had prepared, including this reasoning:

If I were to register and cooperate under those circumstances, I would be giving helpless consent to the denial of practically all of the things which give me incentive to live.  I must maintain my Christian principles.  I consider it my duty to maintain the democratic standards for which this nation lives.  Therefore, I must refuse this order for evacuation.

Excerpted from Peter Irons, The Courage of Their Convictions.

The FBI charged him with violating the evacuation order and the curfew.  He was tried and convicted by the U.S. District Court in Seattle and sentenced to 90 days for each count. The U.S. Supreme Court upheld the curfew conviction and did not deal with the evacuation conviction.  The Court later upheld the basis for the evacuation conviction in Korematsu v. United States.  Both decisions justified racial discrimination based on military necessity. Neither case occupies a place of honor among U.S. Supreme Court decisions.

In 1983, based on newly discovered evidence, Hirabayashi filed suit against the United States to vacate his convictions. After a full evidentiary hearing, the U.S. District Court vacated his evacuation conviction.  On appeal, the Ninth Circuit Court of Appeals affirmed the vacation of the evacuation conviction and then ordered that the curfew conviction be vacated as well.  The Ninth Circuit agreed the government suppressed evidence of racial prejudice from the U.S. Supreme Court in Hirabayashi’s appeal in 1943, and that the U.S. Supreme Court “would probably have been have been profoundly and materially affected if the Justice Department had advised it of the suppression of evidence which established the truthfulness of the allegations made by Hirabayashi and Korematsu concerning the real reason for the exclusion order.” 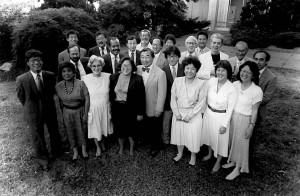