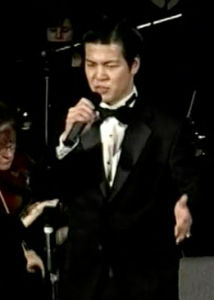 A team of lawyers at Ellis, Li & McKinstry PLLC has obtained a $20 million settlement for client Koti Hu of Bellevue,WA.

Koti was an athletic and energetic young man. He was an extraordinarily talented and charismatic musician. Classically trained in violin and voice, he composed music, sang, and played violin and guitar in his own rock band.  Koti was employed as a minister to college students and as worship music leader at a large local church. He was also actively pursuing a professional music career and had recorded several albums with his band.

In July 2007, everything changed for Koti, then 27.  He was rear-ended while stopped, waiting for the light at the metered on-ramp to I-405 at NE 72nd Place in Kirkland.  The driver of the pickup truck that ran into Koti’s vehicle did not see the ramp’s metered signals – an overpass blocked his view until it was too late.  Neither did he see Koti’s car at the stop bar in the shadow of the overpass.  He crashed into the back of Koti’s vehicle at over 50 miles per hour, instantly paralyzing Koti, rendering him a quadriplegic. 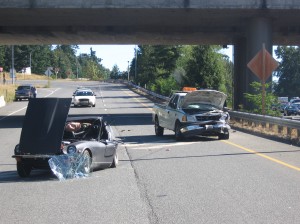 The accident left Koti with the worst of all spinal injuries.  He is permanently paralyzed and cannot use his limbs.  But his nerves still function to pass constant pain and other sensations to his brain.  Koti will require 24-hour care for the rest of his life. Physicians tell him he will have medical complications and more surgeries in the future. He will never perform or play music again.  Koti described his condition and hope for the future in an interview taken after the accident.

ELM brought suit on behalf of Koti in May 2008, naming as defendants the pickup truck driver and his employer.  The suit also named the State of Washington, alleging defective roadway design that placed the signal lights in a view-obstructed location, and the stop bar under an overpass where it was hard to see in the shadows of a sunny day.

Before the accident, the State’s own engineers and State troopers were aware of the  problems with the signal and stop bar locations, and had identified this on-ramp as a “high accident location.”  Nevertheless, the State denied responsibility and sought to cast the blame on Koti.

Four years of hard-fought litigation followed, during which time the court found no fault on Koti’s part.   After three weeks of trial in October, 2010, the jury found negligence on the part of the driver, and also found the State 40% responsible for the accident due to the defective design of the on-ramp meter configuration. They awarded Koti a verdict of $30.2 million. The verdict amount is believed to be the highest ever in the State of Washington for a defective highway design case. 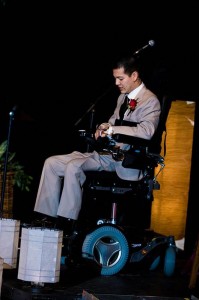 The State appealed the verdict and only on the eve of appellate oral argument agreed to settle the case.  Almost five years after the accident, Koti will finally be able to move on with his life.  The settlement proceeds will allow him to get the lifetime medical treatment and care that he needs.

Notwithstanding the jury verdict and the settlement, the State has refused to acknowledge fault.  But perhaps actions speak the loudest.  The State has changed the configuration of the signal light.