Public Solicitation Under the JOBS Act: the SEC Giveth and the SEC Taketh Away

The landscape for raising capital will soon change.  The Securities and Exchange Commission has published final rules that for the first time will allow companies to publicly solicit investors for certain unregistered securities offerings.  But the new rules require more stringent accredited investor verification standards as a condition of public solicitation.  In addition, the SEC simultaneously published proposed rules that would increase the filing requirements for companies that wish to engage in public solicitation.  Whether the benefits of public solicitation outweigh the additional burdens will depend upon the circumstances of the particular issuer, the requirements of the final SEC rules, and the trends in the marketplace. 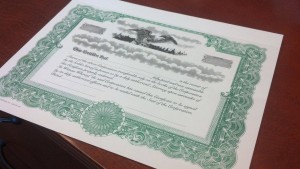 In order to sell securities (stocks, bonds, etc.), a company must either register the securities with the SEC (a very expensive process) or comply with an exemption from registration; the saying goes “all securities are registered, exempt, or illegal.” The illegal sale of securities permits an investor to demand rescission and can result in civil or criminal penalties. By far the most commonly used exemption from registration is Rule 506 of Regulation D: the SEC estimates that in 2012, $898 billion was raised under Rule 506 (compared to $1.2 trillion in registered offerings). Rule 506 permits a company to sell securities to an unlimited number of accredited investors (and up to 35 unaccredited, but sophisticated investors).

Until now, a company using Rule 506 could not engage in public solicitation; it couldn’t advertise the offering or hold seminars that were publicly advertised. Though not absolutely required, the existence of a substantive pre-existing relationship with all investors is generally considered a very important factor in complying with the ban on public solicitation. 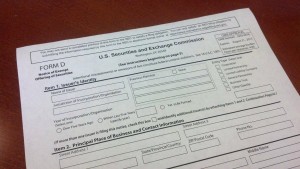 A company can still choose to use the old Rule 506 (now 506(b)) and conduct a traditional 506 offering that does not include public solicitation and therefore permits the sale to some unaccredited investors and does not trigger the heightened investor verification requirements.

Standing alone, these new rules could be a boon to capital formation as companies will soon be able to solicit a much wider pool of potential investors. But not so fast: the SEC also published proposed rules that put a damper on public solicitation. Companies that wish to use new Rule 506(c) will have to file Form D with the SEC 15 days before the first offer of securities rather than 15 days after the first sale, and the issuing company will have to file an amendment to the Form D at the conclusion of the offering. The issuer must also file its offering documents with the SEC prior to the offering. Failure to file the Form D, which previously had little consequence, will now result in a one-year ban from conducting subsequent offerings.

Taken together, the heightened verification requirements and additional filing requirements may limit the benefit of being able to publicly solicit investors. But the rule changes do give new options to companies raising capital.