An arrest or conviction for DUI is one of the most common criminal offenses in the United States.  More likely than not, you know someone who has been pulled over and charged with driving under the influence.  A DUI sentence can be a frustrating experience, and one that can often lead to jail time, a loss of driving privileges, and worse. 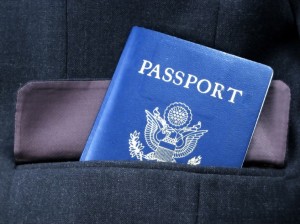 There is no doubt that a DUI will negatively impact your life in a number of ways. However, many people don’t realize that a charge or conviction could affect your next vacation.  Nearly every day, U.S. citizens are refused entry to Canada at a border checkpoint or airport due to a prior conviction for DUI.  This experience can be both embarrassing and frustrating.

Canadian Laws Differ from US Laws

Although Canada and the United States are similar in many ways, there are some differences between the laws of the two countries.  Canada considers Impaired Driving to be a serious criminal offense, and the penalties for Impaired Driving are much higher in Canada than the typical DWI or DUI penalties in the U.S.

Still, any DUI or DWI related offense from the United States can be considered the same as Impaired Driving by Canadian immigration authorities, and therefore a bar to admission.  Canadian criminal law does not distinguish between “felonies” and “misdemeanors,” so conviction for a DUI-related offense – whether you spent time in jail or got your sentence reduced to Reckless Driving – could be treated as Impaired Driving.  This is a discretionary decision made by Canadian Immigration at the border.

But how will  they know?

Since 9/11, there has been an increased level of cooperation between Canadian and US law enforcement that allows authorized officials from both governments to access your criminal history fairly easily.  If you have been convicted of DUI after September 2001, the odds are good that Canadian authorities will be aware of your criminal history as soon as they scan your passport at the border checkpoint.

If questioned at a border checkpoint, it is imperative that you answer all questions truthfully.  Lying or attempting to mislead an immigration official could result in a permanent or long-term bar from admission into Canada.

So, is there ANY way for me to go to Canada?

Yes.  Although a criminal record will certainly complicate your ability to travel to Canada, it does not subject you to a lifetime ban from visiting our northern neighbor.  A person with a criminal record can gain entry into Canada if that person proves that he or she has been “rehabilitated.”  For most impaired driving offenses, an individual can apply for rehabilitation five years of completing his or her sentence (including all probation and imposed driving restrictions) by filing Form IMM-144E with Canadian immigration authorities.  If your DUI conviction was less than five years ago, you are not eligible to file Form IMM-144E.  However, it may still be possible for you to enter Canada under exceptional circumstances.

After ten years have passed since the completion of an impaired driving sentence, most individuals will automatically be deemed rehabilitated, unless they have a particularly serious criminal record.  In order to avoid confusion at the border, we highly recommend that you still bring proof of the completion of your sentence with you to the border.

If you have questions about how a DUI or other criminal conviction may affect your ability to travel for work or pleasure, please contact our immigration attorney, Lana Floyd, at 206-682-0565 or lfloyd@elmlaw.com.