ELM Attorneys and Their Families Prepare for Visit to Central America 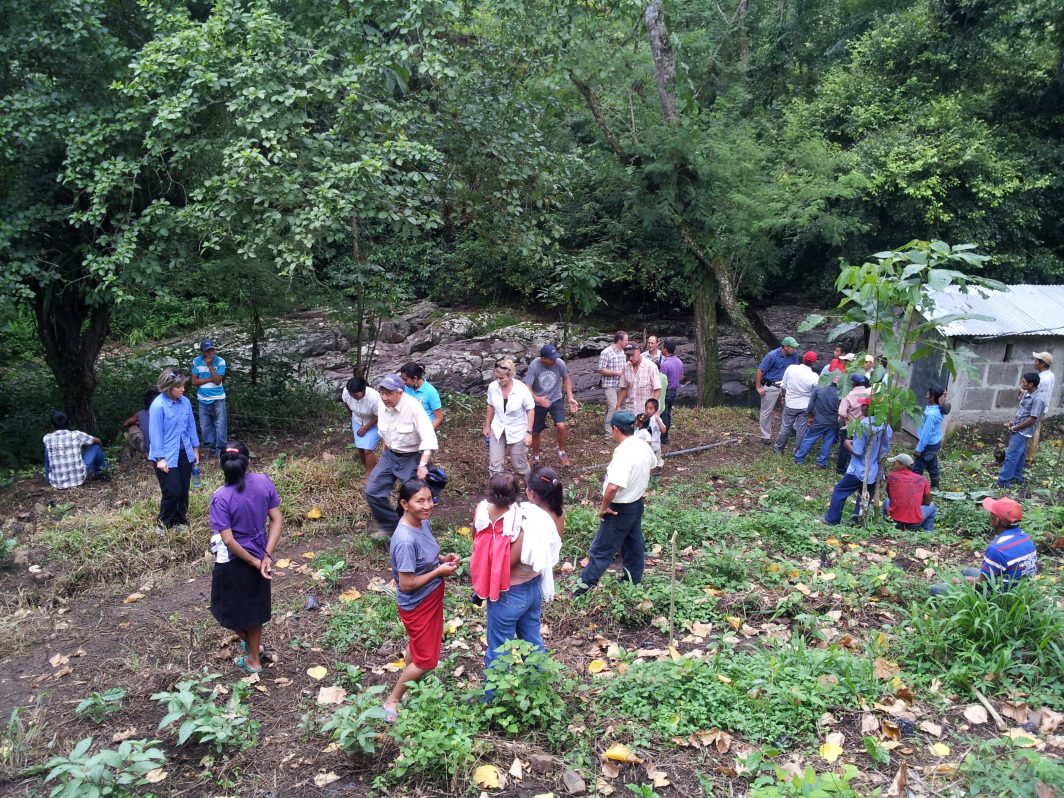 ELM partners Skip Li, Lana Floyd, and Keith Kemper return from seeing the new pump that was constructed near the river in Agroaldea San José.

In less than three months from now, a group of attorneys from ELM will fly to Nicaragua—many with their families—to spend a week with the community of Algroaldea San José, a village that ELM sponsors through a partnership with the non-profit organization Agros International. While there, ELM attorneys will get to know the people they support by participating in community projects. Past projects have included helping with the pepper harvest and planting coffee.

ELM partner Kyle Netterfield first visited Agroaldea San José in 2012. While there, he and several other ELM attorneys toured a new pump that was constructed as a result of ELM’s sponsorship. The pump carries water from a river that runs through the village to a reservoir that sits atop a hill. Water flows down from the reservoir to surrounding fields, irrigating the village’s crops. The village sells these crops as its primary source of income.

The pump also provides San José families with running water. “ELM’s sponsorship enabled Agros to purchase and install individual reservoirs that allow each family to benefit directly from irrigation,” Kyle says. Agroaldea San José, which lies in the Matagalpa region of Nicaragua, is blessed with a natural source of fresh, clean water. The installation of several smaller reservoirs for family use means that individuals in the community can enjoy water for cooking and cleaning without having to walk to the river each time they do so.

After his first trip in 2012, Kyle returned to Nicaragua in 2013, along with his wife, Sandy, and three of his sons. He’s going again this January and is excited about the opportunity to reconnect with San José villagers and introduce them to his colleagues making the trip for the first time.

ELM partner Kyle Netterfield, his wife, Sandy, and his three sons during their 2013 trip to Nicaragua.