The Washington State Supreme Court just ruled that the religious employer exemption to the state antidiscrimination law is facially constitutional.   Ellis, Li & McKinstry was involved in this case as counsel for several faith-based organizations acting as amici curiae (“friends of the court”). The brief filed by ELM was referred to several times by the four justices in the plurality opinion who agreed that the religious employer exemption is constitutional. 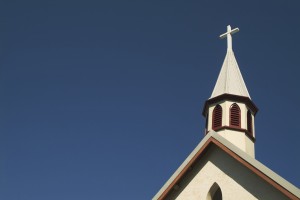 But a combination of dissenting and concurring opinions hold that the exemption could be unconstitutional as applied to a race and disability claim brought by a security guard who worked for a Catholic hospital system.  The various opinions leave some unanswered question about the application of state antidiscrimination laws to religious employers.

To set the stage for the decision, a brief overview of state and federal antidiscrimination laws is in order.  Under federal law, Title VII prohibits an employer from discriminating on the basis of race, color, religion, sex, or national origin.  Other federal laws also prohibit discrimination on the basis of age, disability, and a few other protected classes.  Although legislation has been introduced, at this point there is no federal protection against discrimination on the basis of sexual orientation.  Religious organizations are permitted to prefer people on the basis of religious belief for all jobs, including a job, like a janitor, that might be described by some as having “secular” job duties.  Additionally, religious organizations are exempt from application of other antidiscrimination laws (not just religion) for those employees who are considered “ministers.”

State law covers a broader array of protected classes – notably including sexual orientation and marital status.  But the exemption for religious employers – until now – was broader than that provided under federal law.  The statute simply provides that a religious nonprofit organization is not an “employer” for purposes of state antidiscrimination law.  Thus religious nonprofits were completely exempt from state employment discrimination laws, regardless of the nature of the alleged discrimination.

The first four justices upheld the exemption in all situations.  The second four justices stated that the exemption is unconstitutional in the case of “employment discrimination based on grounds unrelated to religious beliefs or practice.”  Justice Wiggins’ lone opinion concurs with the first four in stating that the statute is facially constitutional.  And he criticizes the dissent for an improper focus on religious beliefs or practice, stating that the inquiry should depend upon whether the “job qualifications and responsibilities” are “unrelated to religion.”  But for different reasons, he agrees with the conclusion reached by the dissent that the statute is likely unconstitutional as applied to Ockletree.

Thus a majority of the court holds that the exemption is facially constitutional, and a different majority holds that it is unconstitutional as applied to a race and disability claim “assuming that there is no relationship between [the employee’s] duties and religion or religious practices.”  No other opinion garners a majority.

In our view, this means that, like the Title VII exemption under federal law, a religious nonprofit can still prefer employees on the basis of religion for all job classifications.  Justice Wiggins’ opinion appears to be the sole support for the idea that a religious employer is prohibited from imposing religious qualifications on a job with “secular duties.”  But this is no longer as certain a position as it was before the decision.  And it becomes less clear when the nature of the alleged discrimination has religious implications, but is not alleged to be religion itself.  In particular, marital status and sexual orientation are two protected classes under state law (but not federal law) where an employee or applicant could allege discrimination and the application of the exemption would be debated.

The exemption should also continue to apply as to all protected classes where the jobs involve religious duties, as Justice Wiggins is unwilling to hold the statute as unconstitutional to such positions.  Moreover, at some point the “ministerial exemption” recognized by the U.S. Supreme Court in Hosanna-Tabor would pre-empt application of the Washington law regardless of the Ockletree decision.  But neither Justice Wiggins’ opinion nor Hosanna Tabor provide clarity on just how “religious” a job must be to qualify for exemption.

One thing is clear: the waters just got a bit muddy for religious employers.  They should immediately consult counsel to undertake a review of their employment practices.  For assistance, please contact Nat Taylor, Daniel Ichinaga, Steve O’Ban, or Chi-Dooh “Skip” Li.